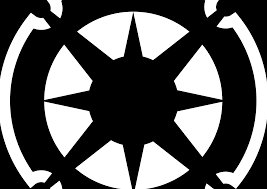 What is Character Education? It is the study of character as an identity, and it emphasizes intrinsic motivation, rather than compliance and reward. This process involves the whole school community: parents, teachers, students, and staff. Whether a child is rewarded or not, it helps to promote a good life. In this way, character can be caught, taught, or sought out. For most of history, character education has been a passive process based on role-modeling and emotional contagion. For it to be effective, everyone needs to be on board.

Educating for Character is a framework for character education in schools. It outlines nine classroom strategies to encourage students to develop positive character traits. This framework also identifies three school-wide strategies. Character education can foster a culture of virtue in students. The principles of the Jubilee Centre for Character Education are applied throughout all aspects of the school environment. Educating for Character can help students develop better relationships, a sense of responsibility, and a commitment to a positive, caring society.

The Jubilee Centre for Character and Virtues has reported that fewer than one in six UK schools have an official plan for character education, and that nearly half of teachers do not even know what it is. The Jubilee Centre for Character and Virtues, at the University of Birmingham, recently studied 450 student teachers. The research found that only eight per cent of student teachers had any idea what character education was, but 97 per cent thought it should be taught in some form.

The concept of identity refers to the person’s sense of who she is and what she is. This concept provides the lens through which a person experiences the world and positions herself in the social structure. Typically, an individual has two distinct facets, the personal and social. Personal dimensions of identity refer to traits and values, while social dimensions refer to characteristics that identify an individual as a member of a group.

Character education needs to be fully integrated into the school environment and be the language used throughout. Students’ emotional health is affected by high-stress home environments. Character education programs should also take into account the students’ physical needs, such as sleep deprivation. They also need to reflect on the reasons behind their good character. Ultimately, character education must be a natural extension of the learning environment. The key is to involve families and parents in the process.